A photographic tour of The Magnificent (District) Seven

From glitz to grit, natural beauty to banal urbanity, Los Angeles and Ventura counties have a lot going on

Having already photographed the coastal highway from Leggett to Bodega Bay, we stretch the trip down to Watsonville

The little highway that could ... go from one California gem to another in 125 miles

State Route 180 goes long when it comes to a variety of terrain, starting in the Central Valley and ending in Kings Canyon

Together, we are navigating challenging times

Some of the challenges we face at work are quite daunting. The COVID-19 pandemic, as you well know, made a dispiriting comeback and is the cause of much sorrow, division and, among some of us, anger. As Caltrans workers, we continue to navigate this fraught situation as best we can, taking precautions to protect ourselves (with personal protective equipment, vigorous cleaning protocols, teleworking, etc.) while we accomplish all the things we need to do to keep our state’s transportation network humming.

District 2 is doing its part to Clean California

Clean California is a more than $1 billion, multi-year initiative to address litter while transforming unsightly roadsides into spaces with sustainable beautification projects that are places of pride. There have been multiple Clean California efforts here in District 2 since late May. On June 7, an event was held along State Route 273 in the South Redding area.

Above and beyond: Leadworker given Medal of Valor

Royce Hiner, leadworker for the District 2 Stormwater/Culvert crew, was recently awarded the Governor’s State Employee Medal of Valor. The Medal of Valor Award is the highest honor the State of California can bestow upon its employees and is awarded to individuals who have performed an extraordinary act of heroism above and beyond the call of duty to save the life of another person or state property.

The California State Employee annual Our Promise campaign began on Sept. 1 and will continue through Nov. 12. This year is being celebrated as the year to Recover, Rebuild, and Revive California. The official Caltrans campaign dates are Sept. 13 through Oct. 29. Please join us in helping recover, rebuild, and revive our communities.

Each year, Caltrans holds its annual Highway Safety poster contest. The contest is open to children, grandchildren, nieces and nephews of Caltrans employees, and it gives the children an opportunity to express their messages about the importance of driving safely in or near highway work zones. It also allows them to be part of Caltrans’ educational outreach and life-saving message.

Olympic medalist has a loving link to Caltrans

Caltrans employee Tracy Harrison, a chief within the Division of Rail and Mass Transportation, was glued to the action as her beloved niece Krysta Palmer won a bronze medal in the women’s 3-meter springboard diving competition. Palmer became the first U.S. woman to win an Olympics diving medal since the 2000 Summer Games in Sydney.

Since the mid-1990s, Caltrans employees have been advancing their careers with studies in the San Jose State University (SJSU) graduate program in transportation management. The program, offered by SJSU’s Lucas Graduate School of Business and supported by the Mineta Transportation Institute (MTI), is designed for working professionals in any part of the transportation industry who want to hone the skills and knowledge needed for leadership roles. Our Caltrans students come to the program as engineers, communications professionals, planners, and more.

The California Transportation Foundation (CTF) is in full swing fundraising for its charitable programs this year. A big thank you to our generous sponsors that raised $35,250 at the CTF SoCal Charity Golf Tournament on June 21. Also a shout-out to our amazing volunteers who helped us raise $5,417 for our charitable programs, surpassing our goal of $3,000 on the day of the tournament in fundraising!

"I wanted to pass on that your crew over here in Lake County did an excellent job assisting us with a Hazmat spill [of diesel fuel and gasoline] on State Route 29 at Kits Corner in Kelseyville yesterday. If there’s a way to give them an “atta boy” as an agency, we highly recommend it. Thanks again. "

On July 26, Caltrans initiated weekly mandatory COVID-19 testing to all employees whose COVID-19 vaccination status is not verified per the direction provided by the Administration to implement enhanced safety measures. Further details of that announcement can be found in PIB 21-29.

A list of Caltrans employees who celebrated 25 or 40 years of service, or who received superior accomplishment awards, in March, April, May, June and July.

A list of Caltrans employees who retired in March, April, May, June and July.

Onalis Cruz, assistant to the director

Onalis Cruz this summer was promoted to become the assistant to the director in the Director’s Office at Headquarters in Sacramento. Onalis has served a total of almost 15 years in the state of California. She began her state career in 2007, serving more than five years with the Department of Corrections and Rehabilitation.

Leah Fisher is Caltrans’ new office chief of Air Quality and Climate Change effective Sept. 16. Leah has served as the senior adviser for research and innovation at the California Strategic Growth Council and Governor’s Office of Planning & Research since late 2017, where she has focused on helping California meet its climate goals.

Adnan Maiah has been named the statewide Clean California program director. Adnan has held various leadership positions within Caltrans during his 29 years with the department. Most recently he served as the deputy district director for Strategic Portfolio Management and the single focal point (SFP) in District 12.

Momoko “Momo” Tamaoki is the new assistant division chief in the Division of Rail and Mass Transportation. Momo has more 15 years of state government experience as a rail and transit professional with expertise in project management, contract administration, grants management and fleet management.

Retired Caltrans traffic engineer John Robert Brown passed away peacefully on March 13 at Sutter Medical Center in Roseville. He was 84. Bob retired from Caltrans after 42 years of service as an assistant traffic engineer.

Robert Davis, joined Caltrans as a project planner in 1963

Robert “Red” Davis passed away peacefully on July 24 at home in Morro Bay, CA with his wife and daughter by his side. He was 76. Red began working for Caltrans as a project planner in 1963. In 1965 the military came knocking so he joined the Air Force Reserve where he served for 33 years.

Richard Huartson, retired Caltrans employee and loving father of two children, passed away at age 76 in September 2019. Richard started working for Caltrans in 1965 at Marysville as an Apprentice Heavy Equipment Mechanic.    Around 1969, he became a journeyman mechanic and was transferred to Sacramento where he worked until 1972 when he was promoted to a resident mechanic job.

Erick S. (Scott) Hugghins passed away at home after a long fight against cancer. He was 50. Before his illness, Scott was an employee of Caltrans and Nevada County Public Works. He loved driving and hauling big equipment.

Bruce Marshall passed away peacefully in his sleep on the morning of June 24, 2021 at the age of 83. After college and serving our nation in the United States Coast Guard, Bruce became employed by the California Department of Transportation in Eureka as a right-of-way agent.

The views from Caltrans: District 7

Series turns its focus to L.A. and Ventura counties 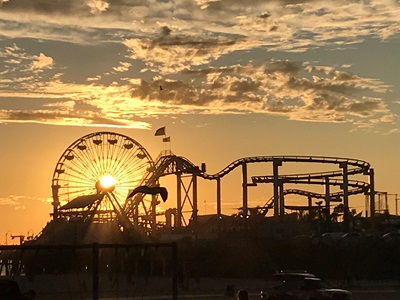 Full of glitz and grit, resplendent with striking views and teeming with a vibrant and vast mix of lifestyles and cultures, the territory covered by Caltrans' District 7 is one of the nation's most visited and famous. Lauren Wonder, chief of Media Relations and Public Affairs, and Ben Roxton, graphic services manager in the External Affairs office, share some of their favorite photographs from The Magnificent Seven. 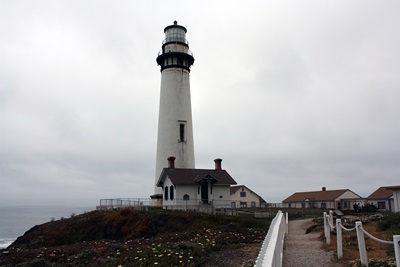 In the last issue of CT News, we traveled from the northernmost point of State Route 1 (Leggett) on down to just past Bodega Bay, to the community of Valley Ford. Let's resume our drive along California's signature roadway by picking up where we left off, motoring past Point Reyes National Seashore, through San Francisco, and on down the coast just past Santa Cruz.

The full State Route 180, from Central Valley to Kings Canyon 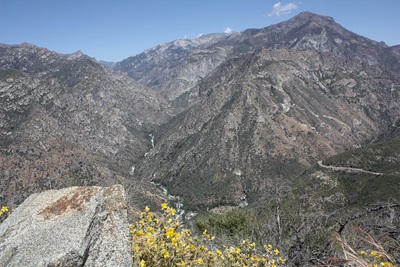 State Route 180 is not unique in the sense that it passes through contrasting countrysides and cityscapes. But somewhat like its northern cousin, State Route 140, SR-180 stretches from the vast flatness of the Central Valley deep into and windily up the Sierra Nevada, where it dead-ends in a national park. Join CT News as we venture from the proud agricultural town of Mendota all the way over, up and around to the backpackers' launchpad into Kings Canyon National Park, at Roads End.