They're having a blast in District 5

To the rescue in Siskiyou County

From breadbasket to breathtaking

Hello Caltrans Family. As I prepare to move into a new leadership role as Secretary for the California State Transportation Agency, I want to briefly recap and place emphasis on some of our notable and newer Departmental focuses. These important components have been shaping our work at Caltrans, and each one of you – every member of our 22,000 strong family – has been making invaluable contributions to this work every day..

Two crash victims are singing the praises of two Caltrans Maintenance employees who went above and beyond to save their lives. On Sunday, December 19, Heather Akkerman says she and her friend Christopher were traveling on State Route 263 in Siskiyou County when their truck left the roadway and rolled numerous times before coming to a stop at the bottom of an embankment.

Just as people were enjoying their holidays, on the day after Christmas, a large winter storm brought rain to the coast and snow in the mountains, resulting in the closures of State Routes 36, 96 and 299 due to downed trees and utility lines. Facing the task of getting the roadways back open in Humboldt County, Caltrans District 1 crews quickly went into action.

Snowed in and low on fuel, District 1 finds a way

Humboldt County declared a local emergency in late December following an unusually severe snowstorm that led to road closures and power outages, including an outage at the public safety radio vault maintained by Caltrans District 1 at the top of Horse Mountain off State Route 299. That’s when Caltrans District 2 and Humboldt County Public Works Roads Division stepped up to assist.

D5 rocks! (rock blasting and scaling, that is…)

Struck by fire then by flow, District 8 mends road

On Sept. 20, 2020, the Eldorado Fire burned a total of 22,744 acres in the San Bernardino National Forest near Angelus Oaks adjacent to State Route 38. During the fire, Caltrans Geotechnical Design Branch B, and Caltrans District 8 Maintenance Engineering responded and began making assessments to begin an Emergency Director’s Order for repairs to the route once the fire was contained.

The Caltrans Survey program recently completed a survey project to perpetuate the position of an historical survey monument in the grounds of the State Capitol in downtown Sacramento that will be removed to accommodate the Capitol Annex project.

"This morning one of your employees, Aldo, knocked on my door (in Santa Barbara) to report a problem with drainage. It turned out to be a neighbor's, and in no time we worked out a plan to resolve the problem quickly, inexpensively, lastingly and to the satisfaction of all parties, including Caltrans. We have a short-term solution already in place and a long-term one coming in a few days, before the next storm barring unforeseen circumstances."

It's our turn to thank others for good deeds

This Hats Off item as an unusual twist: Caltrans itself is the one doing the thanking! Check out the correspondence sent on Jan. 26 to Victor Valley News Group by Jim A. Rogers, District 8's deputy district director of maintenance, about a newspaper story related to three suspects who were arrested for the theft of catalytic converters from the Barstow Maintenance facility.

How to be social media savvy

Social media can expose kids to cyberbullying and harmful content. As a parent, you want to help your kids use social media safely. To do so, become familiar with popular social apps and sites for kids and teens, such as WhatsApp, Snapchat, Instagram, TikTok and Kik.

A list of Caltrans employees who celebrated 25 or 40 years of service, or who received superior accomplishment awards, in December and January.

A list of Caltrans employees who retired in December and January.

Nicole Longoria is department’s new federal liaison. She has served Caltrans for more than 22 years. Her comprehensive federal background includes working for eight years on federal transit policy and legislation in the Division of Mass Transportation, and 10 years as the Chief of the Planning and Policy Research Branch in the Division of Research, Innovation and System Information.

John O’Connell is Caltrans’ new statewide customer service officer. In that role, John manages the Customer Service Request program as it pertains to the districts and act as the liaison between Headquarters Public Affairs and the Division of Maintenance, Traffic Ops and Equipment. Additionally, he will provide oversight, guidance and training to the district customer service liaisons.

After 90 successful trips around the sun (as he would call it), retired Caltrans engineer Bobby Biffel passed away peacefully on Oct. 18 after a brief illness. Bob worked for Caltrans for 37 years, before retiring as a supervising transportation engineer.

Retired Caltrans engineer and District 4 Director Richard “Dick” Gee passed quietly at home on Christmas evening after a several decades battle with Parkinson’s disease. Dick spent over 25 years at Caltrans, working his way up through various assignments and ascending the leadership of Caltrans District 4. His projects included Interstate 580, Interstate 680, Highway 380, and the 92/101 interchange.

Retired Caltrans worker Bob Tucker died of natural causes, peacefully at home, with family by his side. Bob began a new career in 1961 with the Division of Highways, now Caltrans. He began as a Maintenance Worker II in Hollister, then El Centro, and finally, Half Moon Bay, where he became foreman. Through hard work, night school and excellent mentors he became region manager of San Jose territory.

John Joseph Williams went to be with the Lord on Sept. 2, 2021. John enlisted in the Army and upon discharge moved to California where he met his wife of 57 years, Charlotte Ann (Ferguson) Williams. He worked as a civil engineer for Caltrans for 45 years, retiring in 2005.

CT News is getting into the video-game business. You're invited to ride along ...

Sure, there are volumes of video games out there these days, of immense appeal to some and of absolute no (we're talking zero-degrees Kelvin) appeal to others. However, perhaps we all can agree there is nothing quite like CT News' "Do You Know Our ABCs?" The game play is simple. CT News presents links to three narration-free videos, all under 35 seconds. They were shot recently alongside (or over) California roadways that are maintained by Caltrans. Click on each image, watch the videos, and guess (or even determine!) what roadway is shown and where it is (approximately). Email your answers to CT News and you might just be eligible for one of our jaw-dropping virtual prizes!

California's bounty and beauty are on full display, from the Central Valley to the Sierra Nevada 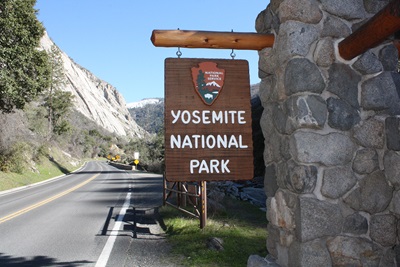 There are basically four roadway routes into Yosemite National Park and onward to Yosemite Valley: State Route 120 from the east and north, State Route 41 from the south and -- in CT News' opinion, the most interesting and efficient approach -- State Route 140 from the west. If motoring alongside the meandering Merced River doesn't help get you in the mood for Yosemite Valley's granite grandeurs, nothing will. So hop on and away we go, along SR-140's entire, 102-mile length.

The Sutter Buttes, blooming orchards and the Sacramento River are among the route's highlights 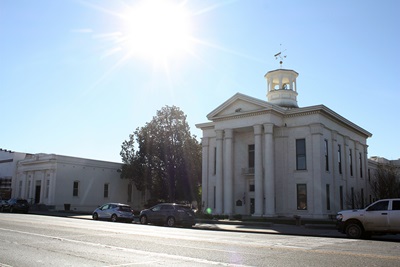 California's vast network of state-operated highways has many high-profile ones, most notably State Route 1 along the coastline. All the system's roadways serve specific purposes, however, including the 70-mile-long State Route 45 in Northern California. The roadway runs north-south to the west of the world's smallest mountain range, the Sutter Buttes.