Buried Treasure Could Be Repaired

Fourteen years ago, a massive rock slide overtook a portion of State Route 140 west of Yosemite. Rock shed to the rescue?

Down But Not To Be Forgotten

The 60-year-old Burbank Boulevard bridge over Interstate 5 is gone, but artifacts live on at a museum

For Caltrans PIO, Camp Fire Hit Too Close to Home

Caltrans rises to the challenge, safely and effectively

I am proud and thankful for how we have pulled together to make the most of a difficult time. Since the COVID-19 pandemic took hold in the United States in March, Caltrans has had to quickly and nimbly adapt to constantly evolving circumstances. First and foremost, we took immediate steps to protect our 20,000 employees.

Rock berm to the rescue on Tioga Pass

Tioga Pass is a vital mountain pass for the Eastern Sierra, cutting an important east-to-west path through Yosemite National Park from Mono County to the Central Valley. In 2014, Lee Vining Supervisor Randy Walker and his team came up with an innovative way to minimize the impacts of rock slides for travelers.

National award is a reality for Caltrans project

On Aug. 25, the American Association of State Highway Transportation Officials (AASHTO) awarded Caltrans with a gold medal – first place –for its virtual-reality project “A Day in the Life of Caltrans worker.” Consequently, the department will receive $10,000 that can be used for scholarship purposes or donated to charity.

Between a rock and a river: The Ferguson Project

Corey Casey’s first thought as he looked up at the jumbled pile of rubble where the foundation for a rock shed was supposed to be was, “That’s the end of that project.” His second thought was, “OK, we need to call the team together and create a plan to get this back on track.”

The Ferguson Slide is decidedly atop State Route 140, not alongside it. Thanks to rock slides in 2006 and 2015, more than 70,000 cubic yards of crumbled mountainside must still be removed from the roadway before it can be repaired and reopened.

For Caltrans PIO, Camp Fire hit too close to home

I was born and raised in Paradise and spent most of my life in the small town in the mountains. The day of the Camp Fire was only my eighth day as a Public Information Officer for Caltrans District 3. I was already at work, checking social media when initial reports of evacuations in Paradise started rolling in.

Bats! The small mammals like to roost in small colonies under highway bridges near water. One of their favorite spots is the State Route 33 Tule Creek Bridge north of Ojai in the Los Padres National Forest. A Caltrans project added to their comfort.

At the request of the Burbank Historical Society, a section of the railing from the 60-year-old Interstate 5 Burbank Boulevard Bridge was preserved by Caltrans during the bridge demolition on April 25-26. Caltrans delivered the railing on April 28 to the Gordon R. Howard Museum in Burbank.

For highway safety, these kids are winners

Each year, Caltrans holds its annual Highway Safety poster contest. The contest is open to children, grandchildren, nieces and nephews of Caltrans employees, and it gives the children an opportunity to express their messages about the importance of driving safely in or near highway work zones.

Caltrans honored the 189 fallen highway workers who have died on the job since 1921 at its 30th annual Workers Memorial in late April. This year’s tribute did not include a public event due to the COVID-19 pandemic. Each district also held its own tribute within the pandemic guidelines.

Diamond Point neighbors — and friends — John Johnson and Dave Richardson (a Caltrans retiree) are going on what they call a once-in-a-lifetime opportunity to ride on a naval aircraft ship and fly with other historic World War II planes in Hawaii, commemorating the 75th anniversary of the end of the war with Japan.

“Dear Caltrans District 5: I received a scholarship from your organization last spring and wanted to send another thank you to show my gratitude! I also thought maybe you would want to hear how my first year at Cal Poly SLO went!”

’I am truly grateful for his service!’

“On April 8th I was on my way to 'shelter' with my son in Crescent City as he was concerned about me being alone in Hayward. As I was driving up 101 I swerved to avoid hitting a rock and instead skidded off the pavement. …”

"Writing to say THANKS to the Caltrans driver who stopped to see if I was OK on Saturday mid-afternoon, July 25. I had just crossed the San Rafael Bridge into Richmond, and pulled over to the emergency parking area across the roadway from the toll booth office. I needed to check an address on my phone, and of course you can't do while driving …”

Social-media posts by workers in Districts 4, 7 and 11 attract positive attention in early August.

Fear, uncertainty about the future, and life changes can cause stress levels that affect our health, productivity and relationships. Responses to stress can be physical, such as getting headaches or stomach aches. The changes in your body, such as increased heart rate, higher blood pressure and muscle tension, can take a toll and lead to mental and physical fatigue and illness.

A list of Caltrans employees who celebrated 25 or 40 years of service, or who received superior accomplishment awards, in February, March, April, May and June of this year.

A list of Caltrans employees who retired in February, March, April, May and June of this year.

Kris Balaji is the new deputy district director for District 3 Program/Project and Asset Management. He has experience in almost every aspect of transportation infrastructure lifecycle as he has worked in the areas of planning, programming, environmental, design, construction, operation and maintenance.

Patrick Bishop has accepted the assignment to act as the District 3 Maintenance and Operations deputy. Patrick has been a supervisor for Design Branch M7, the new Utility Engineering Workgroup and North Region Office Engineer. He also spent a year on rotation in Maintenance Design delivering the major maintenance program.

In mid-June Gustavo Dallarda was installed as the new District 11 director. He served as chief deputy district director for two years with executive-level responsibility for the Operations and Maintenance programs, and a portion of the Capital program. Since September 2019, Gustavo has acted as the District 11 director.

David DeLuz has been appointed by Director Toks Omishakin to serve as the deputy director of civil rights. David joins Caltrans with more than 20 years of progressively responsible executive leadership, policy and program management experience as a chief executive and senior leader in government and non-profit organizations.

Ryan Dermody this spring was named District 9 director. Ryan began his career with Caltrans District 9 in 2001. He has served as the deputy district director of planning and environmental analysis for District 9 since 2013. In this role, he led a team that articulated a long-term transportation vision while fostering local, regional, state and federal partnerships.

Elizabeth A. Dooher has been named the Caltrans broadband facilities program coordinator. During her 29 years of state service, Elizabeth has gained a wealth of knowledge and experience in project delivery, program management and business management while building strong and effective partnerships throughout the state.

Shanna Everts has been appointed as the assistant division chief of Safety and Management Services. Shanna will lead the Offices of Learning and Development, Employee Health and Safety, and Workplace Violence Prevention. Shanna has had many roles, most recently as the office chief over Employee Safety and Health.

Diana Gomez has been appointed to serve as District 6 director. For the past seven years, Diana has been a member of the executive team at the California High-Speed Rail Authority. As the Central Valley regional director, she was responsible for ensuring the high-speed rail project continued forward on the planned schedule and budget.

Earlier this year, KC Handren ascended to the role of division chief of budgets. KC is coming back to Caltrans from the Department of Developmental Services, where she has been the assistant deputy director of administration for the past two and half years. She has been in state service for almost 20 years, 13 of those with Caltrans.

Erin E. Holbrook on May 18 was sworn in as the department’s chief counsel. For the previous three years, she served as Caltrans’ assistant chief counsel. “I am excited to step into this position under the new leadership of Director Toks Omishakin and Chief Deputy Jim Davis,” said Holbrook, who has been with Caltrans since 2010.

Said Ismail has been named deputy division chief for system management position in the Division of Traffic Operations effective Sept. 1. Said has more than 30 years of experience in transportation engineering, which includes research and design of bridges and roadways, construction, information management, project/program management, and project delivery professional development.

Ashley McGuckin, chief of the Division of Human Resources

Ashley McGuckin has been appointed as chief of the Division of Human Resources. Since 2011, Ashley has served in a variety leadership capacities within DHR. In 2017, she was promoted to her most recent role as assistant division chief, Office of Examinations, Executive Selection (CEA & MSP), and Talent Management.

William Segraves, assistant to the director

William Segraves has joined the Caltrans team as the assistant to the director. William’s knowledge and experience comes with more than 13 years of administrative background, both in the private and public sector. Most recently, William served as the administrative assistant to the Director’s Office at California Housing and Community Development in Sacramento.

Retired Caltrans engineer William Albert Suitor, 83, of Tehachapi passed away on Monday, June 8. Bill was born on Jan. 17, 1937 in Barre City, Vt., to James and Ethel Suitor. Their family later moved to York, Maine, where he and his three sisters were raised by their mother and dad.

Longtime Caltrans engineer Harry J. Valentine Jr. died on Feb. 29 in Fair Oaks. He was 93. Harry was born in Phoenix in 1926 to Harry J. Valentine Sr. and Berna Mae (Bangs) Valentine. He served in the U.S. Army from 1946-47 and graduated from the University of Arizona with a bachelor’s of science in civil engineering in 1951.

A cool escape from what's often a hot place 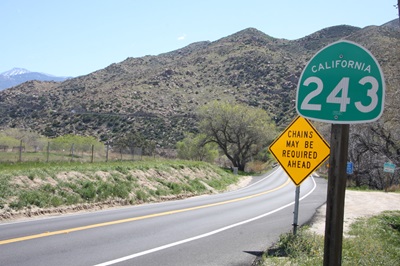 If you're in or near Palm Springs and find that you need a break from the heat, consider driving up and around the San Jacinto Mountains via State Routes 74 and 243. Up, up and away you go, away from the desert-valley floor into a heavily forested oasis of cool.

An unhurried drive through the central state 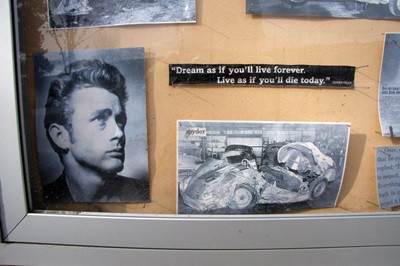 This past spring, CT News needed to get from Northern to Southern California, but rather than high-tail it through the Central Valley on State Route 99 or Interstate 5, we veered off to a less-traveled route. Sure, it included a stretch of U.S. Highway 101, but the rest of the drive was pretty peaceful.