Vegetation Management Reduces the Risk of Wildfire and Increases Safety for Motorists, Cyclists and Pedestrians 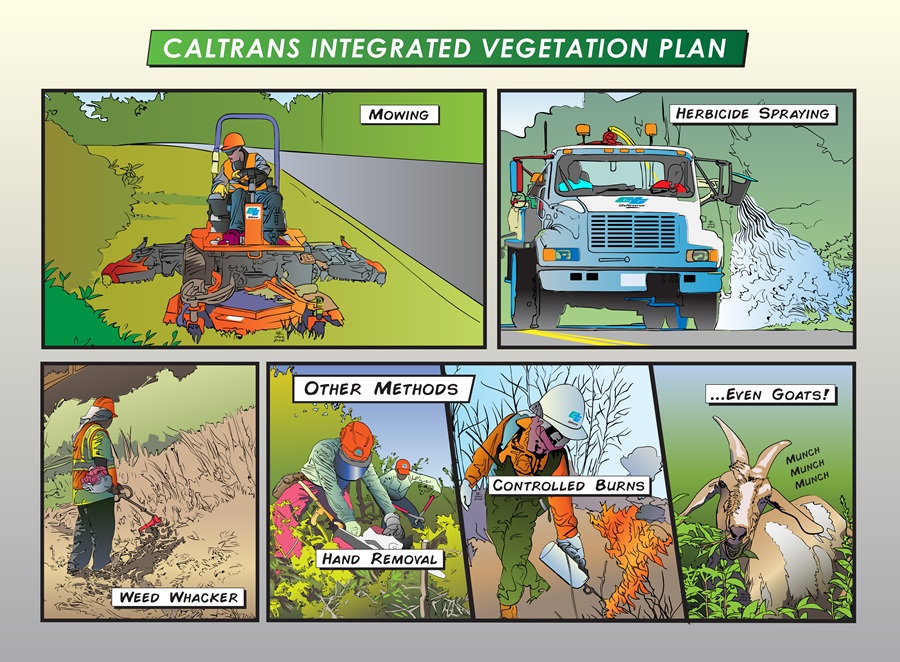 Caltrans controls the vegetation along the state highways for the safety of motorists, cyclists, and other users of state roads, and to prevent wildfires that can start if dried grass and brush are allowed to go untended along the road.

Tall grass and weeds create serious problems for motorists by decreasing visibility, block traffic signing, and reducing sightlines impeding the ability to see oncoming traffic around bends in the road. This can be especially problematic on winding rural or semi-rural routes where cyclists often use the road.

During the dry months, vegetation along the shoulders turns dry, becoming an ample fuel for fires. A car bottoming out, a trailer chain dragging on the road even the friction of roadway rocks hitting other rocks on the shoulder can send a spark into the dry weeds, igniting the next wildfire.

Caltrans has been especially vigilant in recent years given the frequency and scale of California’s wildfire.

Invasive plants such as stinkwort, star-thistle and spotted knapweed thrive along the highways.

Caltrans uses herbicide on these invasive weeds due to the plants' tenacity and because mowing or weed trimming exacerbates the problem by spreading the seeds.

During the summer, vegetation along the shoulders turns brown and dry, an ample fuel for fires. A car bottoming out, a chain from a trailer dragging on the road can send a spark into the dry weeds, igniting the next wildfire.

Unchecked grass, weeds and brush, rise above the road, blocking roadway signs, and diminishing sightline, making it difficult to see oncoming traffic around bends in the road.

Additionally, many invasive plants thrive in the soil next to the shoulders, their seeds spread by the wind and passing traffic.

To combat these challenges, Caltrans implements a program called Integrated Vegetation Management (IVM), a practice using several methods of vegetation control, including herbicides, mowing, weed whacking and hand removal. Even goats have been used along state highways to reduce brush.

Over the past decade, Caltrans has greatly reduced its reliance on herbicides to control vegetation. However, there are situations where herbicides are used for worker safety and control of invasive plants.

Caltrans workers are trained to follow federal and state laws pertaining to pesticide use. All herbicides are used in accordance with their respective federal label, California Code of Regulations, as well as Caltrans policy.

Caltrans typically sprays herbicides in areas where the safety of Caltrans workers might be jeopardized by fast moving traffic or lack of visibility.

Invasive plants such as stinkwort and scotch broom thrive along the highways where it competes with local vegetation. In locations where stinkwort or scotch broom thrive, herbicide is used because of the plant's tenacity and because mowing or weed trimming exacerbates the problem by spreading the seeds.

Caltrans sprays herbicide on weeds to... 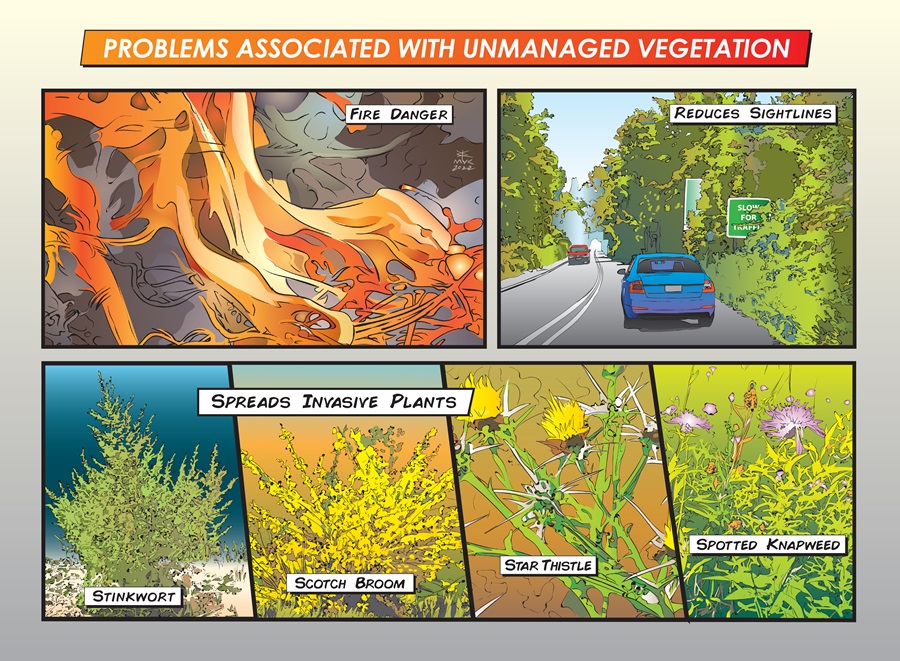 Where and When Caltrans Sprays and Doesn’t Spray