Stinkwort (Dittrichia graveolens) is a Mediterranean native, an aromatic weed that was first reported 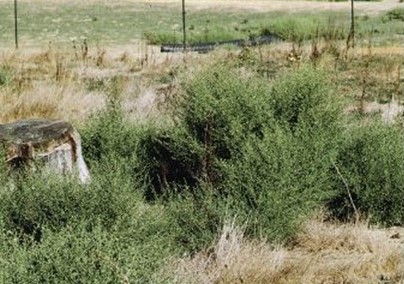 in Santa Clara County, California in 1984.  The weed can now can be found in at least 36 of 48 counties.  It’s not palatable to animals, thus cannot be controlled by grazing.  Stinkwort is commonly found along roadsides. However, it can invade open riparian areas and overgrazed rangelands.

Stinkwort is an annual, but unlike most annuals, it drops its seeds in the fall, from September through December.

Unlike many native plants, stinkwort can live in poor soils, such those allow the highways.  With little competition, the plants can thrive, while passing vehicles can help spread it, particularly in September through December when the annual plant drops its seeds. The seeds can also be spread by mowing.