The California Department of Transportation (Caltrans) has proposed improvements to State Routes 197 and 199 in Del Norte County to allow industry standard-sized trucks in compliance with the 1982 federal; Surface Transportation Assistance Act (STAA); to have access to the Northern California coast. These projects propose adjustments to State Route 197 near Ruby Van Deventer County Park (Ruby 1 and Ruby 2) and on State Route 199 near the Narrows, at Washington Curve, and in the Patrick Creek area. This project would allow reclassification of the corridor as part of the national network of STAA truck routes. Presently, the width and tight curves of Routes 197 and 199 restrict passage for trucks compliant with STAA.

Timeline to be determined.

The primary purpose of the proposed project is to improve seven spot locations on Routes 197 and 199 in Del Norte County so that two STAA trucks passing in opposite directions can be accommodated. Safety-enhancing improvements are needed to provide a roadway that is easier to maneuver for all users. These improvements also are necessary to allow safe STAA truck access, which would allow reclassification of the corridor as part of the STAA network of truck routes. 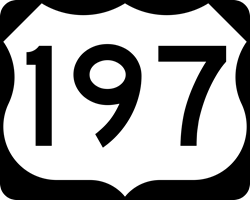 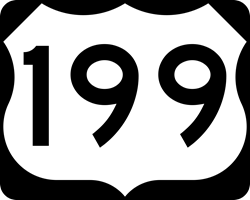