“The Vance Avenue Parklet is not only the first Clean California beautification project the public can enjoy, it’s also an excellent example of what Governor Newsom’s visionary effort can accomplish,” said Caltrans Director Tony Tavares. “This picturesque parklet on the Pacific demonstrates – as will the other Clean California projects throughout the state– that relatively small community spaces can have great value.”

The $75,000 project created a recreational area along the Humboldt Bay National Wildlife Refuge with picnic tables, benches for wildlife viewing, native plant beds, designated parking spots, decorative trash receptacles, a bike rack and an improved view from nearby State Route 255. The parklet will also discourage illegal dumping and add a sense of community pride to a previously desolate area.

“Witnessing its speedy transformation from an illegal dumping ground to a place where people can enjoy the beauty of Humboldt Bay has been inspiring,” said Jennifer Savage, a Manila resident and Peninsula Community Collaborative member. “The restoration work and improvements made by Caltrans will benefit cyclists, birdwatchers, community members and everyone who enjoys a good sunrise or a reflective moment."

Since launching Clean California in July last year, Caltrans has removed more than 756,000 cubic yards of litter from state highways – the equivalent of about 12,700 tons or enough to fill 231 Olympic-size swimming pools – and hired 728 new team members as part of Clean California, including 469 maintenance workers who collect litter and remove graffiti. For more information, visit CleanCA.com. 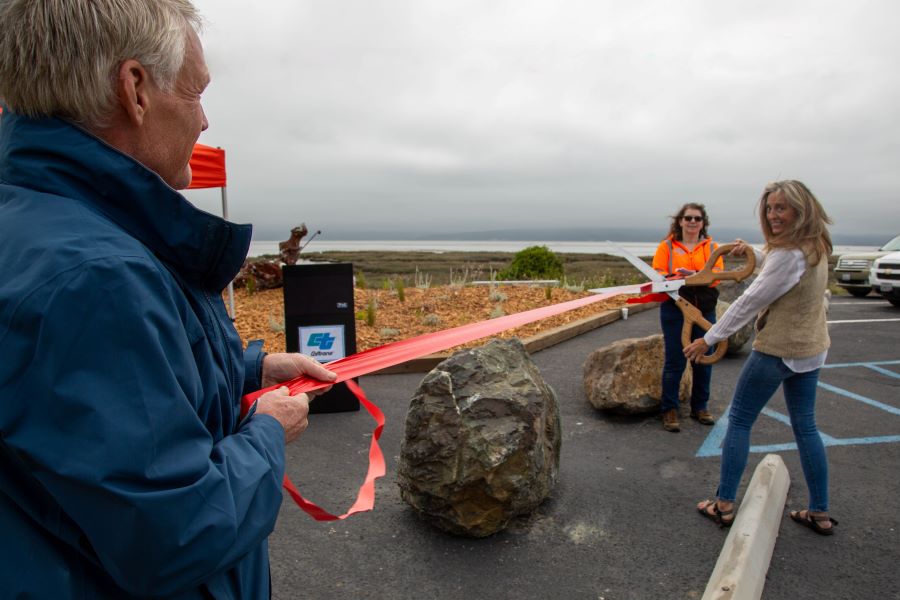