Development of Staking Configurations for K-Rail 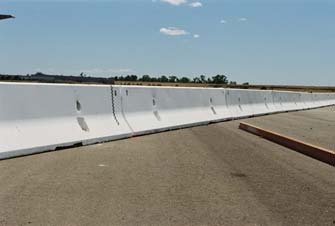 California's current standard for concrete temporary barrier is K-rail. This barrier, when properly installed, may also be used in semi-permanent applications. K-rail evolved from the Type 50 median barrier, which had been approved for use in California and other states since the mid-1960s. By 1971, there was substantial interest in the U.S. to develop a movable barrier that could be used in work zones. In 1972, the California Department of Transportation ran a series of crash tests on what is now called K-rail. The results of the testing led to the approval of K-rail for use as a temporary barrier in California. The K-rail that has become the standard within California consists of 6.1-m (20-ft) long sections with pin and loop connections, each weighing approximately 3630 kg (8000 lbs).

Eventually, details were developed which also allowed K-rail to be used as a semi-permanent barrier (2-5 years). The configuration of semi-permanent barrier required pin and loop connections between the K-rail segments as well as stakes at each of the four stake holes located in the K-rail. The configuration passed NCHRP Report 350 criteria, but removing the stakes from a paved surface led to expensive repairs and increased worker exposure. 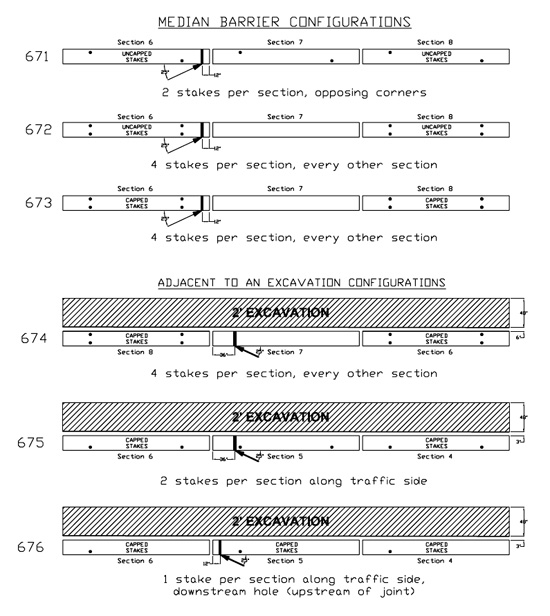