Recently completed research utilized past crash test results to define a "zone of intrusion" on and around commonly used traffic barriers1. This zone of intrusion is the open space above and behind a barrier into which impacting vehicles will likely penetrate. Hardware and other obstacles placed within this zone are then likely to be struck by an errant vehicle. Caltrans had recently become aware that some of the hardware being placed on various barriers throughout the State were within this zone of intrusion and therefore needed to be investigated for crashworthiness. The list of barrier mounted hardware that had not been crash tested to National Cooperative Highway Research Program (NCHRP) Report 350 guidelines included: HOV signs, glare screens, fences, speed limit signs, warning signs, etc. There was insufficient crash test data to verify that these items would comply with Report 350 criteria. Barrier mounted hardware were not considered a significant risk to motorists due to its intermittent placement and location high on the barrier. 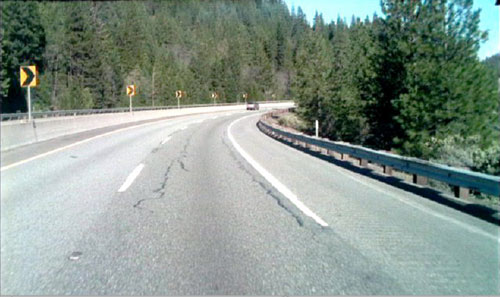 The purpose of test SS641 was to check the crashworthiness of a signpost with a saddle mount that is commonly attached to concrete median barriers. This combination was often used on California’s highways to mount high occupancy vehicle (HOV) signs. Following the guidelines of NCHRP Report 350, Test Designation 3-11 for longitudinal barriers, crash testing was performed using a 2000-kg (4409-lbm) pickup truck impacting a barrier at an angle of 25° with a speed of 100 km/h (62.1 mph). The barrier tested was a Type 603 concrete median barrier that has a standard height of 910 mm (36 inches). Mounted onto the barrier was a 101.6 mm (4 inch) outside diameter signpost typically used to mount HOV signage. Previous crash tests with similar vehicles and barriers were evaluated to find the worst case critical impact point. This point was selected based on the snagging potential between the vehicle and the post. 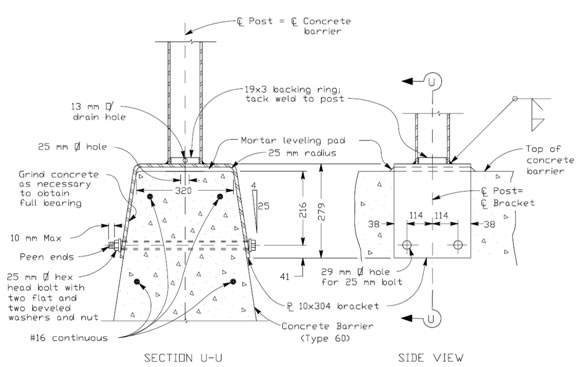 The test resulted in the barrier redirecting the vehicle, but the impact with the signpost on the barrier created a high risk to its occupants and the surrounding area (flying debris). See the photos below for a comparison between a barrier with and without a sign post. Type 732S is a steel bridge rail that has a similar profile to the Type 60 concrete median barrier but has a height of 860 mm (34 inches). 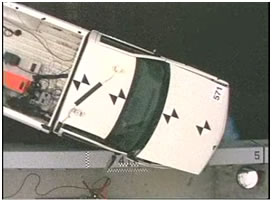 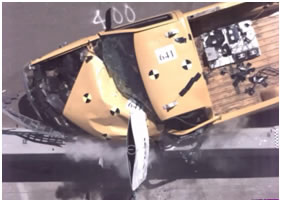 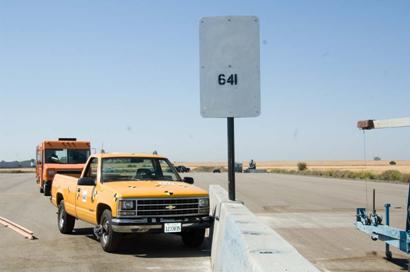