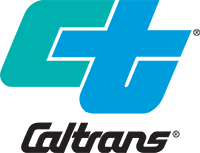 SAN DIEGO, Calif. — Caltrans in partnership with SANDAG and the City of San Diego jointly studied improving local and regional traffic operations at the State Route 56 (SR-56)/ Interstate 5 (I-5) Interchange. In June of 2017, Caltrans selected the Direct Connector Alternative (Alt #2) as the preferred alternative. The Direct Connector Alternative consisted of two direct freeway-to-freeway connector ramps, connecting westbound SR-56 to northbound I-5 and southbound I-5 to eastbound SR-56. Given changes in state priorities, reductions in population growth, limited available funding and the development of new alternative mobility solutions Caltrans is amending the preferred alternative to select the Hybrid Alternative (Alt #4). The Hybrid Alternative would construct the westbound SR-56 to northbound I-5 direct connector and operational improvements to facilitate ingress and egress from SR 56 and Interstate 5.

The improvements in the Hybrid Alternative are being constructed in two phases to provide near term improvements on SR 56 and to align with anticipated funding. The project phases are as follows:

Phase 1 is currently funded through design and the anticipated start of construction is early 2023. Phase 2 is currently unfunded.