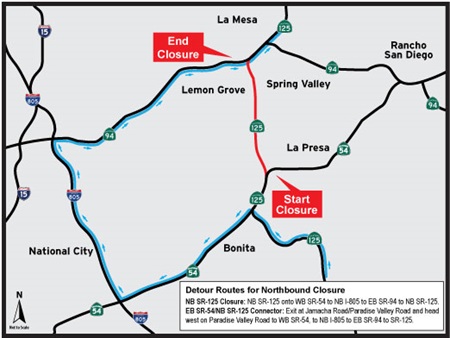 The efforts are part of the statewide Clean California initiative to clean up trash and debris and beautify public areas along highways and will allow crews to conduct maintenance in an efficient manner and access areas that might otherwise be unsafe.

The detours for both closures are as follows:

During this time, multiple crews will use the full freeway closures to remove litter and graffiti, repair roads, fill potholes and gaps, fix signs and safety barriers, clean storm drains, conduct electrical work, and create defensible space for fire safety. Adopt-A-Highway volunteers will contribute to the litter removal efforts. Motorists are encouraged to plan ahead to find other routes, if possible.