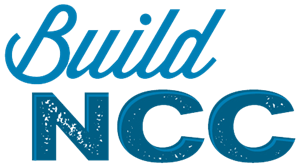 SAN DIEGO – Next week, Caltrans and SANDAG, as part of the Build North Coast Corridor (NCC) project, will begin to demolish the original Interstate 5 (I-5) highway bridge over the San Elijo Lagoon in the City of Encinitas. This work is set to begin Sunday, March 1, and is estimated to take four to six weeks to complete.

The work will take place from Sunday through Thursday evenings from 9 p.m. to 5 a.m. To better ensure the safety of motorists and construction workers, work will occur overnight. Intermittent lane closures may be necessary.

In addition, motorists are advised that a full overnight closure of eastbound and westbound Manchester Avenue under I-5 will be in effect for approximately ten nights. The overnight road closure schedule is as follows:

This closure will allow crews to safely remove sections of the bridge that are located directly above Manchester Avenue. On- and off-ramps at Manchester Avenue will remain open and detour signage will be in place to assist motorists around the overnight closure.

This work will require the use of heavy machinery and equipment, and nearby residents and businesses can expect noise and lights from this activity, including Occupational Safety and Health Administration (OSHA) required vehicle back-up alarms. Crews will work to minimize noise and impacts to the nearby communities.

Once the original bridge is removed, crews will begin to reconstruct new interior bridges. The new bridges will eventually connect with the recently completed exterior bridges where vehicle traffic was shifted to in early February.

The final bridge will be longer and wider – improving tidal flow in the lagoon and accommodating one new Carpool/High Occupancy Vehicle (HOV) Lane in each direction. The bridge will also feature a suspended bike and pedestrian bridge – a unique project feature and one of the first of its kind in the state – connecting users to the San Elijo Lagoon trail network and to the future seven-mile North Coast Bike Trail. Improvements along Manchester Avenue, including a Multi-Use/Park & Ride facility, are also included as part of this Build NCC project.

An estimated 4,000 cubic yards of concrete from the old bridge originally built in 1963 – enough to overflow an Olympic sized swimming pool – will be recycled into roadway base material and used within the Build NCC project. 750,000 pounds of original steel from the bridge – the weight of 62 elephants – will also be separated and recycled.

Once complete in 2022, the Caltrans and SANDAG Build NCC project will add one new Carpool/HOV Lane in each direction on I-5, between Lomas Santa Fe Drive in the City of Solana Beach and State Route 78 in the City of Oceanside.

To ensure safety for both motorists and the construction crews through this work, drivers are reminded to “Drive 55 on the 5” in the Build NCC construction zone and that traffic fines are doubled in construction zones. The SANDAG operated Motorist Aid service for roadside assistance can be easily accessed by dialing 5-1-1 anywhere in San Diego County. Additionally, the “Move Over” law requires all drivers to move over a lane or, if they are unable to do that safely, slow down when they see amber flashing lights on Caltrans vehicles, law enforcement and emergency vehicles, and tow trucks.

To learn more and to sign up for project email updates, visit KeepSanDiegoMoving.com/BuildNCC. Text “BuildNCC” to 313131 to sign up to receive construction text alerts.

The Build NCC project began in 2017 and is anticipated to be complete in 2022.The $869 million project is funded through a combination of federal, state, and local sources. The highway portion of Build NCC is estimated to cost $663 million.

Build NCC is a collaborative effort between Caltrans, SANDAG, and the U.S. Department of Transportation. The first phase of construction began in the cities of Solana Beach, Encinitas, and Carlsbad as part of the North Coast Corridor Program. Build NCC includes extending the HOV lanes on I-5 in each direction from Lomas Santa Fe Drive to State Route 78, double-tracking the rail line at the San Elijo Lagoon, replacing the highway and rail bridges at the San Elijo Lagoon, restoring the San Elijo Lagoon, and constructing nearly seven miles of new bike and pedestrian trails. Construction on Build NCC began in early 2017 and is expected to be completed by 2022. To learn more about Build NCC, visit KeepSanDiegoMoving.com/BuildNCC.

Caltrans District 11 serves one of the most geographically and culturally diverse areas in the country and includes San Diego and Imperial counties. It spans the entire California-Mexico Border from the Pacific coast to Arizona and reaches north from the international border to Orange and Riverside counties.

The San Diego Association of Governments (SANDAG) is the San Diego region’s primary public planning, transportation, and research agency, providing the public forum for regional policy decisions about growth, transportation planning and construction, environmental management, housing, open space, energy, public safety, and binational topics. SANDAG is governed by a Board of Directors composed of mayors, council members, and supervisors from each of the region’s 18 cities and the county government.