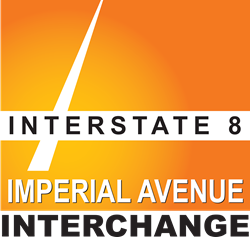 Caltrans received funding to allow reconstructing the interchange at Imperial Avenue and Interstate 8 (I-8) in the city of El Centro. Work will include constructing two ramps at I-8 that will provide direct access to southbound Imperial Avenue and will provide connectivity to the southern portion of the city. The improvements will complement city plans for future commercial and residential development.

Traffic in the project area is primarily associated with the growth in international trade and travel between the United States and Mexico as well as travel on to and from Imperial Avenue north of I-8. The Imperial Avenue interchange experiences congestion in the morning and afternoon hours. Approximately 16,000-27,000 vehicles per day use this section on I-8. By 2025, traffic on this portion of I-8 is projected to almost double.

The $44 million project is funded through the State Regional Improvement Program and the Federal High Priority Projects Program.

Project construction began April 2020 and is scheduled for completion early 2023. The project schedule has been advanced, and the interchange is expected to open to traffic late 2021 or early 2022, with plant establishment and close-out work continuing through 2023. 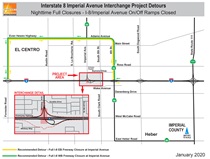 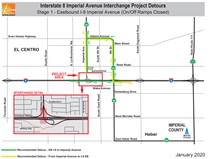 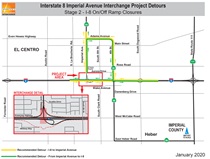 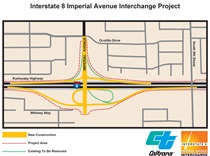 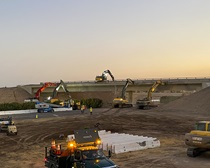 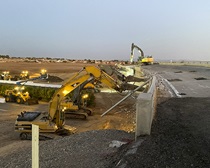 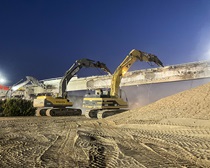 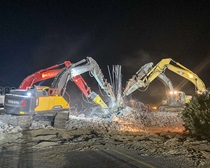 Full Closure of I-8/Imperial Avenue Intersection begins Thursday, Dec. 3 at 9 p.m. Both eastbound and westbound I-8 ramps at Imperial Avenue will remain closed for six to eight months for Stage 2 work.