There are several distinct hardware and software products that a transit agency can incorporate into their planning and service delivery (see Technology Components for a list). These products can have dependencies and overlap, depending on vendor selection and configuration choices.

The technology stack diagrams below illustrate how a selection of transit agencies in California have chosen and arranged these products into their technology stack. Each diagram includes the following.

Based in Nevada City, California, Gold Country Stage has eight routes and serves over 200,000 trips in a typical year. 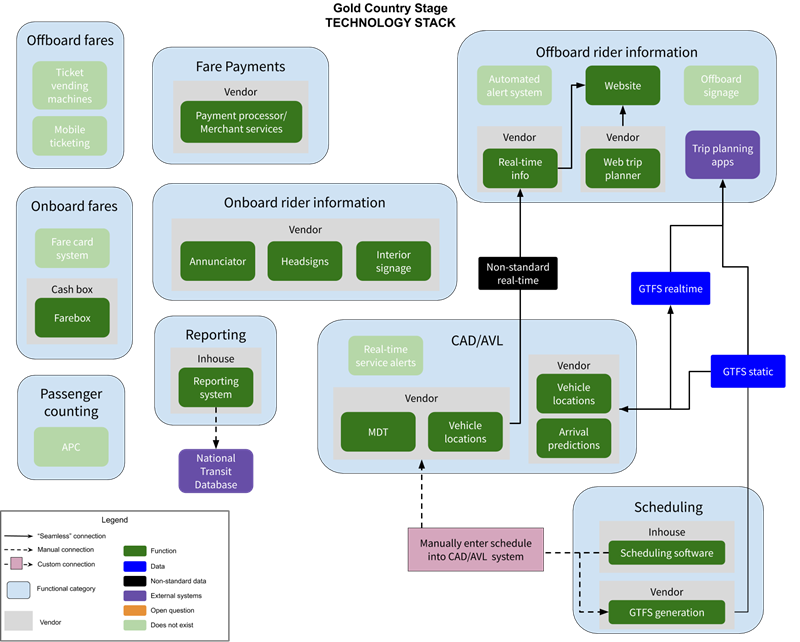 With nine routes and over 600,000 annual trips, Porterville Transit serves a section of Tuolumne County in the western Central Valley. 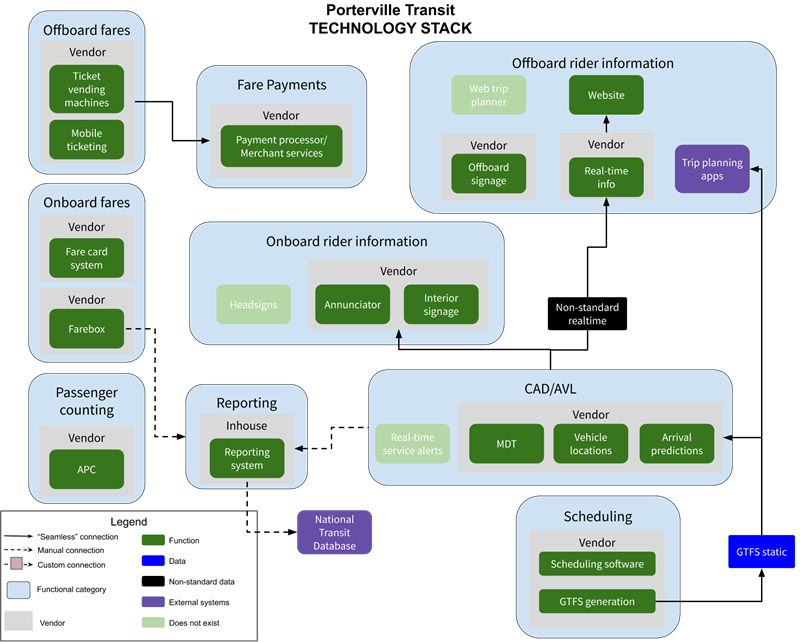 Serving communities just north of San Francisco, the Santa Rosa CityBus has 15 routes and serves over two million trips in a typical year. 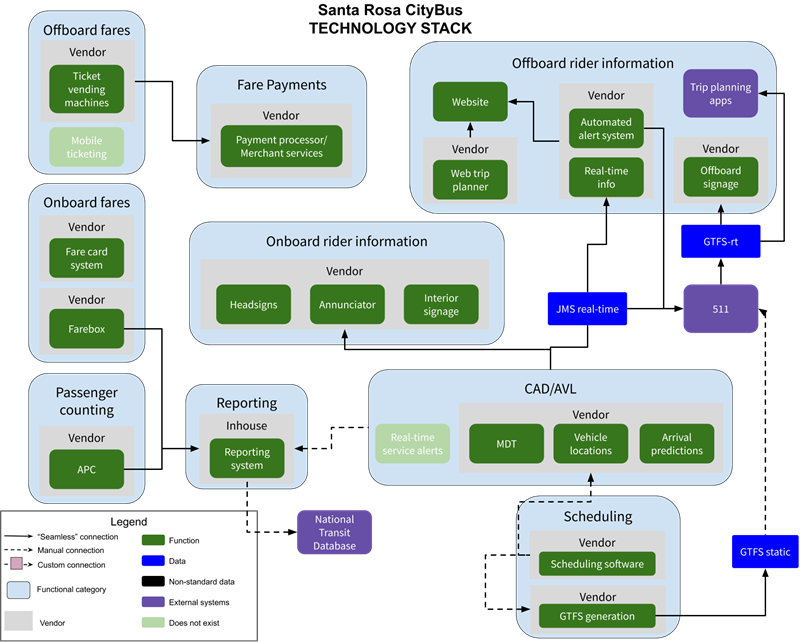 Operating in the southern Central Valley, around Bakersfield, GET Bus has 16 routes and serves over five million trips in a typical year. 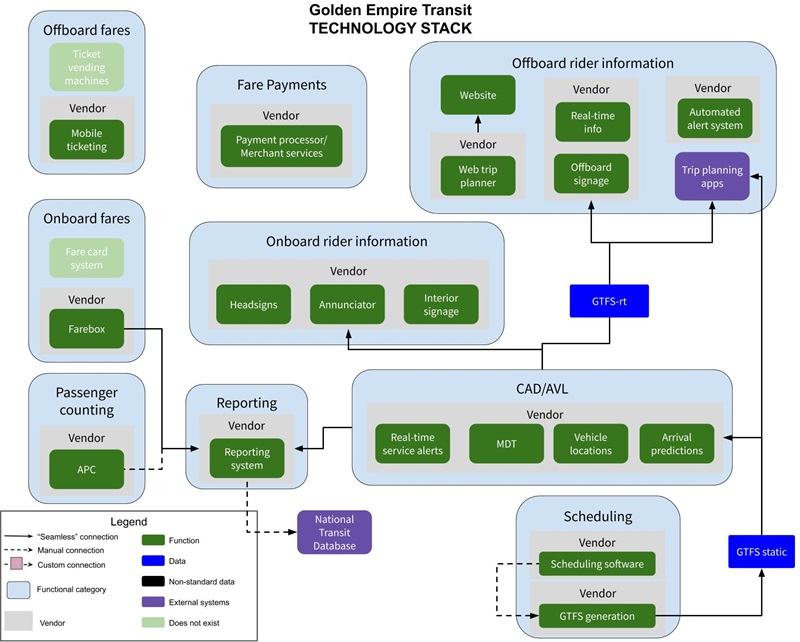