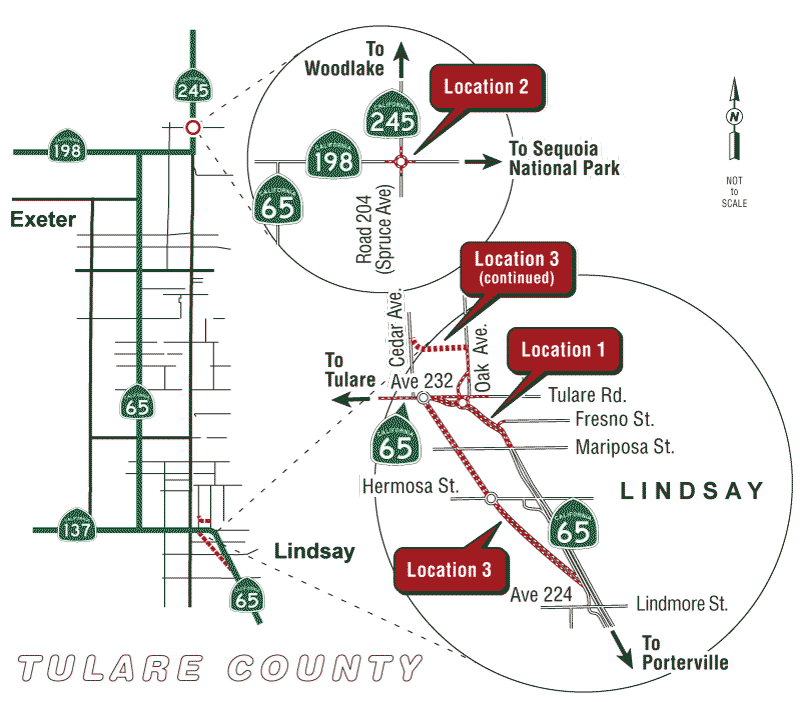 The purpose of this project is to improve traffic flow, address current and future traffic operational needs, and alleviate congestion.

Traffic projections for the project limits show an increase in traffic volume over time, which would result in longer motorist delays, excessive congestion and queuing (a long line of vehicles) at the existing intersections within the project limits, and potential traffic backups onto the State Route 65 mainline in Lindsay. All three project locations would have independent utility and logical termini.