State Route 99 northbound and southbound lanes will be rehabilitated, shoulders will be widened and replaced with continuously reinforced concrete pavement (CRCP), and a center median paved with asphalt and a concrete barrier will be installed in the center. All ramps will be rebuilt with HMA (Hot Mix Asphalt). The northbound freeway profile will be lowered at the Manning Avenue overcrossing to increase vertical clearances. The project includes culvert replacement, updating curb ramps, guardrails, signs, and electrical replacements. 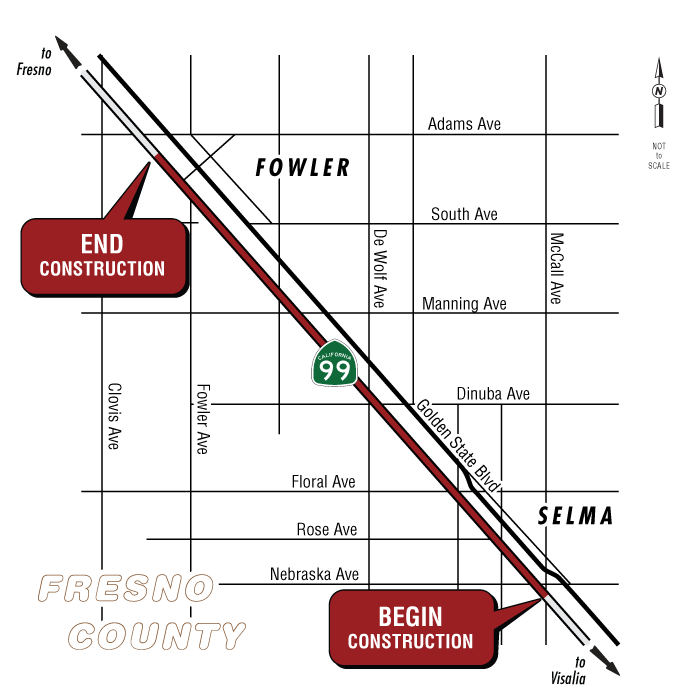 The project will install reinforced concrete paving, which will extend the life of the roadway and help minimize future maintenance in the area.

For public and worker safety, Caltrans has closed State Route 99 at the Manning Avenue on-ramp and off-ramp for three to four months as crews work on northbound State Route 99 from north of Floral Avenue in Selma to the Merced Street Bridge in Fowler.

In January, crews detoured northbound traffic onto the paved highway median; the traffic switch is expected to last for the next four months.

In April 2022, for public and worker safety, crews will close the off-ramp on northbound State Route 99 at Merced Street in Fowler; the closure is expected to last four months. 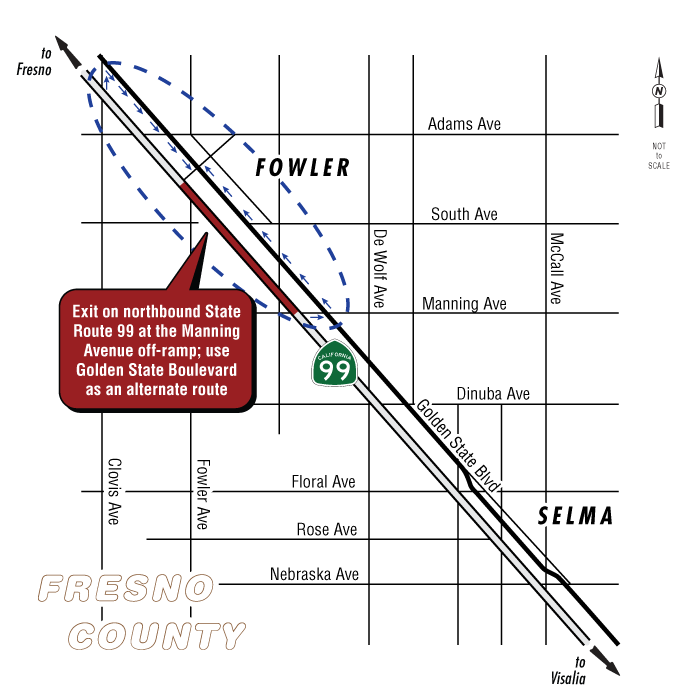 Local traffic is encouraged to use Golden State Boulevard to Merced Street in Fowler to merge onto the northbound State Route 99 on-ramp.