The California Department of Transportation (Caltrans) proposes to rehabilitate and retrofit California Aqueduct Bridge Number 50-0323 on State Route 166. The project is in Kern County east of Maricopa, 2.6 miles east of Old River Road and 5 miles west of Interstate 5. There is one build alternative—Alternative 1A—and a no-build alternative. Under the build alternative, the existing structure would be left in place, and extra support would be added to the bridge where the structure is currently sagging and cracking. The project would also update the bridge rail to current standards, replace existing bridge dikes, and rehabilitate the existing pavement. 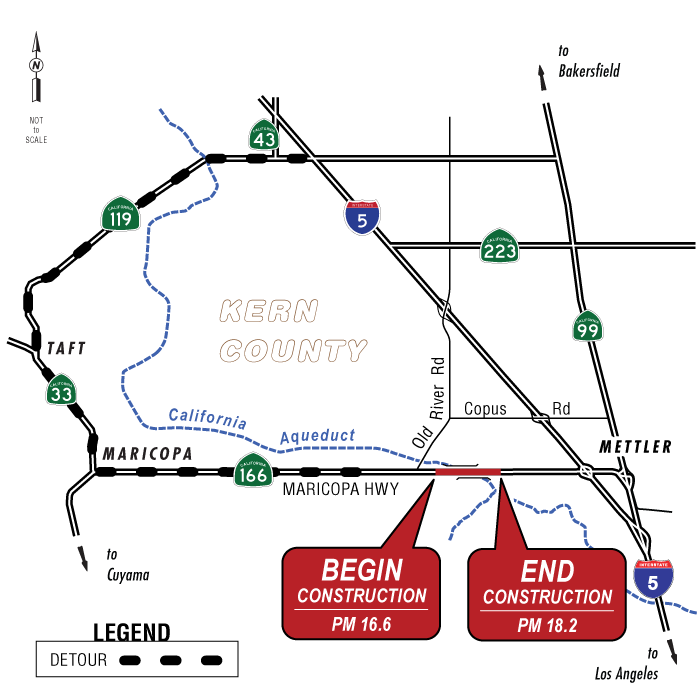 The purpose of this project is to seismically retrofit and rehabilitate the existing 50-year-old bridge to meet current Caltrans standards and be structurally sound.

The existing bridge is deficient for the following reasons: