Auxiliary Lane – An outer lane on the right side of a freeway that begins at an on-ramp and ends and the following off-ramp. The lane is a transition zone for cars entering the freeway and merging into the through-lanes.

Bridge Scour - A process where rapidly flowing water strikes a bridge column resulting in whirlpools that erode the sediment supporting the bridge column, which can compromise the strength of the bridge. 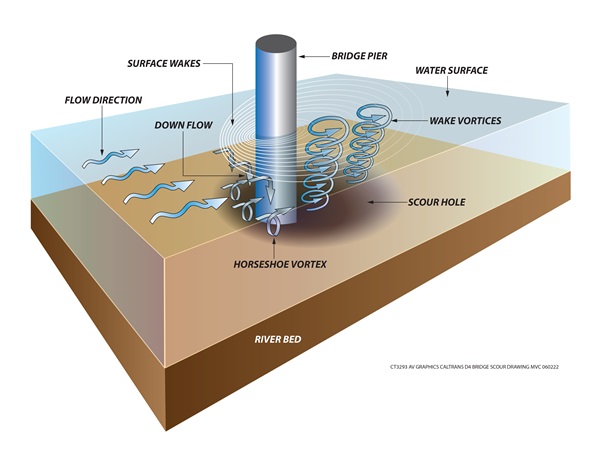 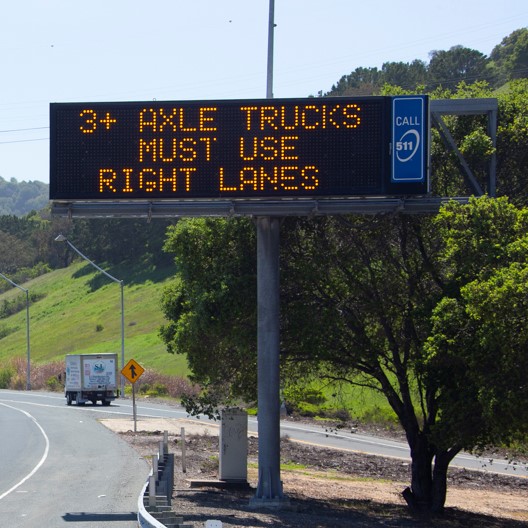 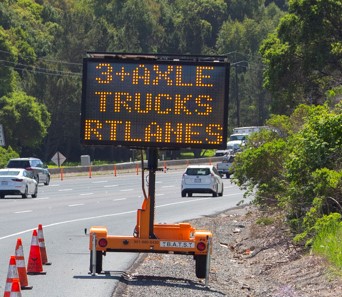 Concurrency (Route) -  A combination of at least two routes that share the same physical roadway. Such combinations occurs for geographic, economic or environmental reasons.  Routes are often combined along rivers or through mountain passes.  In less populated area routes are sometimes combined due to a decrease in traffic.

Crosswalk -  A place designed for pedestrian to cross a road indicated with striping on the road.  Typical state highway crosswalks come in three forms of striping, rectangular, continental and ladder.  Below: a continental type crosswalk. 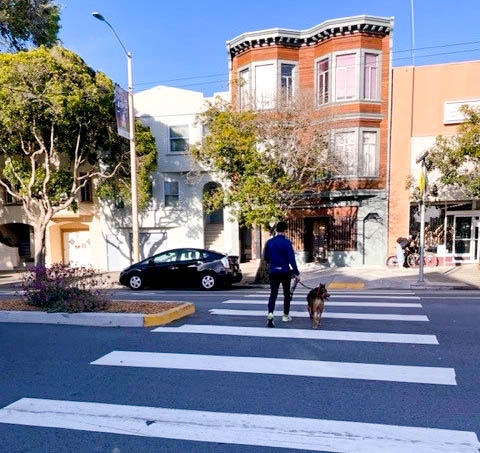 Curb Ramp, ADA Compliant -  A place, typically at an intersection, where the sidewalk has been modified to slope down to the street to allow access for wheelchairs, and covered with a yellow mat with bumps for the visually impaired.  Compliant with the Americans with Disabilities Act of 1990. 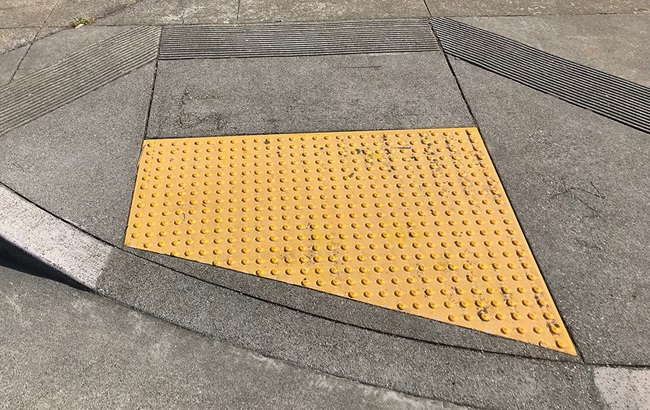 Express Lane - A carpool lane that permits use by a single-occupancy vehicle upon payment of a toll. Also known as a HOT Lane, a high-occupancy toll lane.

Gabion wall - A retaining wall made of rock-filled steel cages. Gabion walls work well along streambeds and other aquatic locations but can be used elsewhere, too. 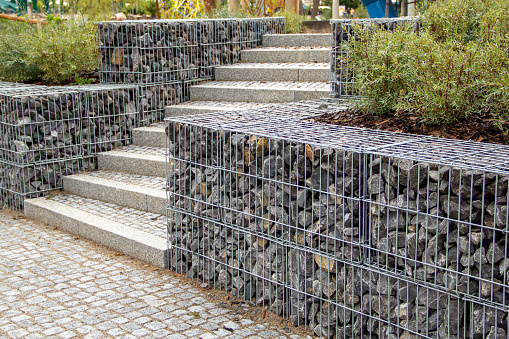 One-Way Traffic Control  -  A method of moving bi-direction traffic through a single lane by permittinga single direction of traffic toproceed while the opposing traffic waits. At some point the process is reversed, allowing the waiting traffic to proceed while traffic opposing traffic waits. Traffic is controlled by flaggers or traffic signals.  Typically used in construction zones or roadways narrowed by landslides or flooding.

Pedestrian Hybrid Beacon -  An electronic traffic signal operated by push button that stops vehicular traffic to allow pedestrian to cross a road.  Often the signals are used at locations where there is a long distance between intersections where pedestrians typically cross the street. 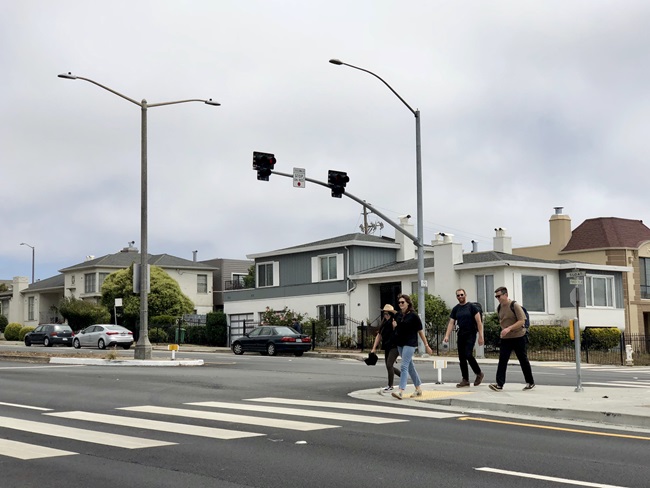 Traffic Bulb-outs  – An extension of the sidewalk and curb at an intersection that shortens pedestrians' crossing distance and slows down turning vehicles. Also known as a curb extension. 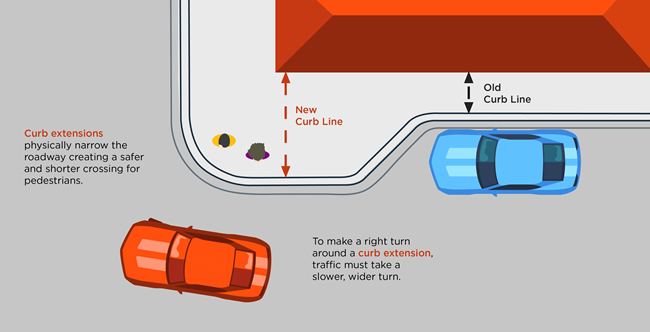