Project to build interchange to relieve congestion at the junction of Route 12/29, Route 121 and Soscol Ferry Road

In late-June, Caltrans and the Napa Valley Transportation Authority (NVTA) will host a groundbreaking ceremony, celebrating the commencement of the Soscol Junction Project, a three-year $54 million project to reduce congestion and improve traffic operations in southern Napa County.

Napa Valley is one of the most visited destinations in California, with nearly five million visitors annually. As the wineries, resorts and restaurants have proliferated, so has the traffic heading into Napa

The demand for housing in Napa County lags behind the supply, forcing workers to commute to the Valley. As a result, the rapidly growing Solano County has become a significant source of commuter traffic. Other nearby counties, of course, contribute their share of traffic heading into the valley along with tourist traffic. Freight traffic, once consigned to transporting agricultural products and equipment, has dramatically increase with the rise of the hospitably industry in Napa Valley.

With such growth in traffic it might have been tempting to construct a large interchange to handle the congestion caused by too many vehicles making too many connections, and such a structure was presented to opinion leaders, local legislators and the public during the early stages of project development. But sentiments strongly opposed a monolithic structure and favored a less obtrusive interchange.  After all, the allure of Napa is many-fold, but the beauty of the area ranks high as a reason to visit, and a sprawling interchange ran counter to the image the populace wanted to project.

The Soscol Junction Project was designed to move traffic, while keeping a low profile.  Additionally, the interchange supports multi-model traffic, Class -1 pedestrian and bicycle path, as alternative means of travel is another goal of the project.


The project will also construct 1,200 feet of Class-1 facility to accommodate bicycles/ pedestrians through the intersection. 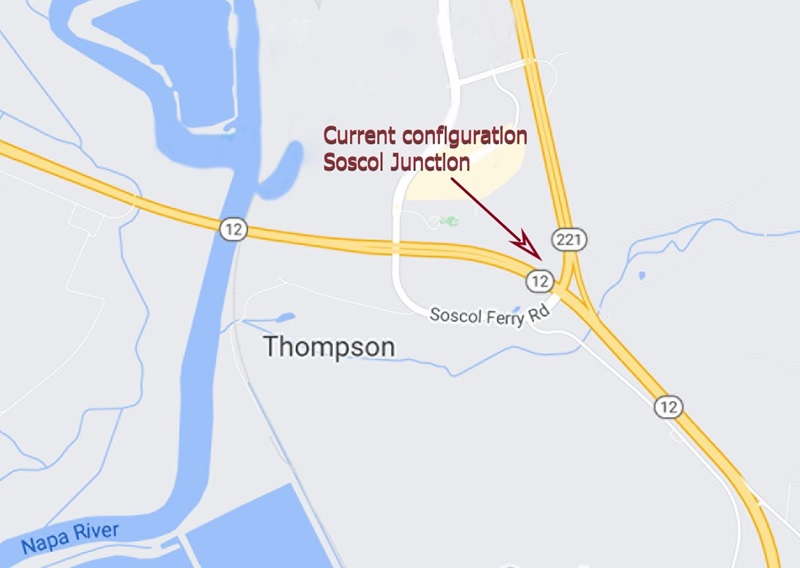 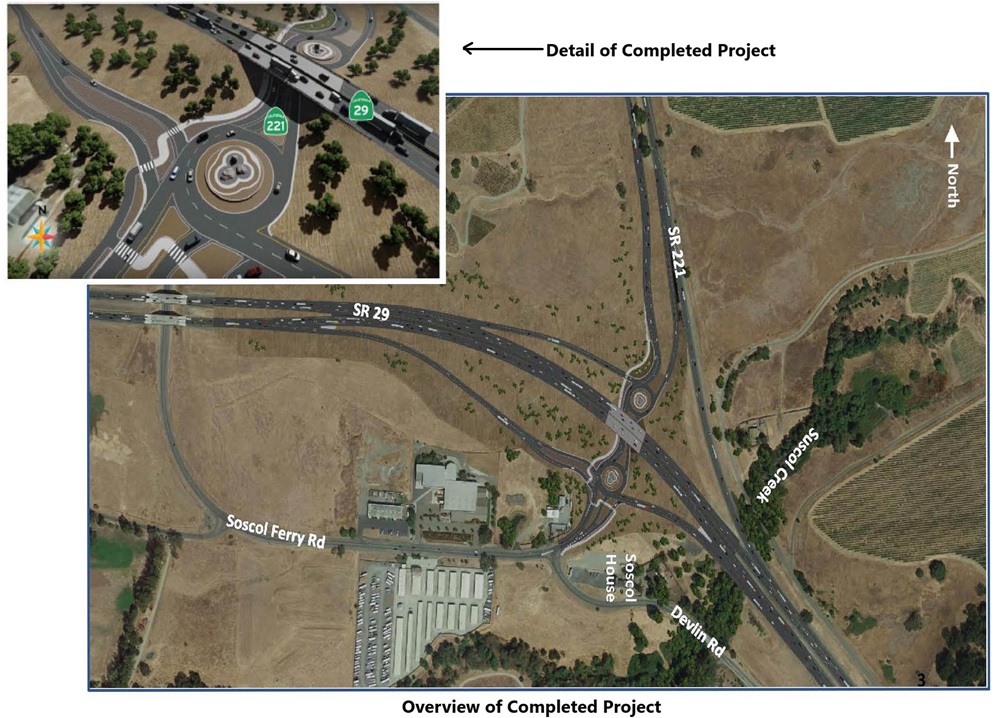