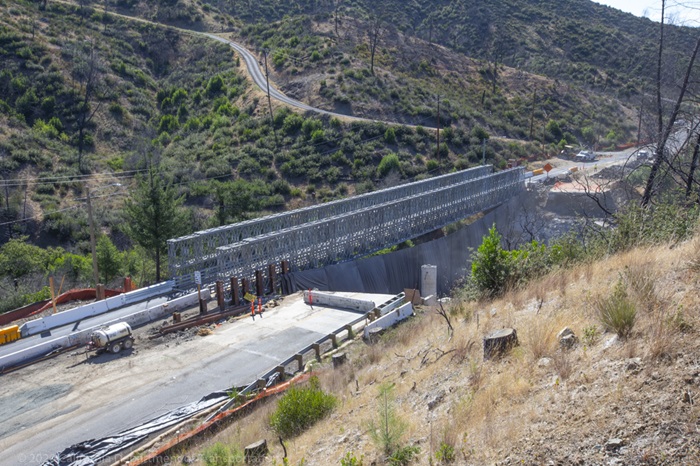 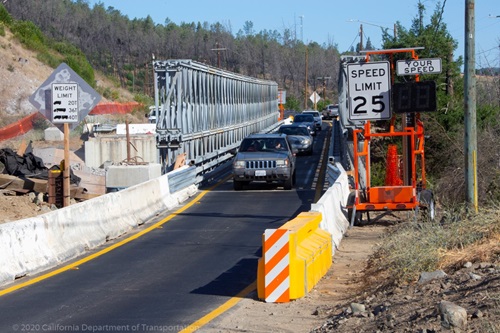 Caltrans Bay Area has begun the construction on the replacement bridge of State Route 128 (SR-128) Capell Creek Bridge just west of Lake Berryessa and north of State Route 121 in Napa County. The bridge was constructed in the 1950s and has had slope stability issues since 1965 and landslide movement has been detected on the northwest side of the creek.

The project will consist of demolishing the existing Capell Creek Bridge, building a replacement bridge on the same alignment and widening the roadway. The project will address the structure deficiency caused by the earth movement.

Crews completed the steel bridge in June 2020, shifting traffic onto the temporary bridge as crews build a new bridge. Temporary one-way traffic controls are in place during the time of construction. 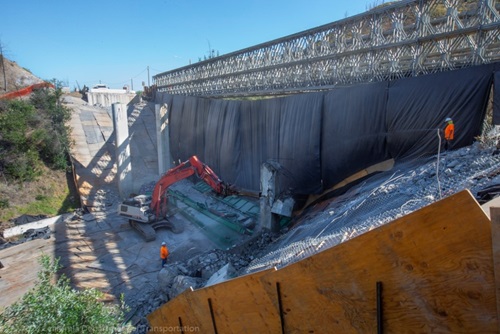