SONOMA – Caltrans has begun a roadway and sidewalk upgrade project on a 3.8-mile stretch of State Route 12 through the City of Sonoma, between Leveroni Road and Boyes Boulevard.

Highway 12 is also known as Broadway and W. Napa Street as it travels through the City of Sonoma.

To reduce impacts and obstructions to traffic and pedestrians, Caltrans will perform most work during the evening and at night between the hours of 6:00 PM and 7:00 AM.

Caltrans will grind and repave the 3.8-mile stretch of roadway as one of the last orders of work, probably starting in late July 2021. The agency hopes to complete paving by October 31, 2021, the end of paving season in most parts of the North Bay. If not, Caltrans will return in the warmer spring months of 2022 and complete the work. 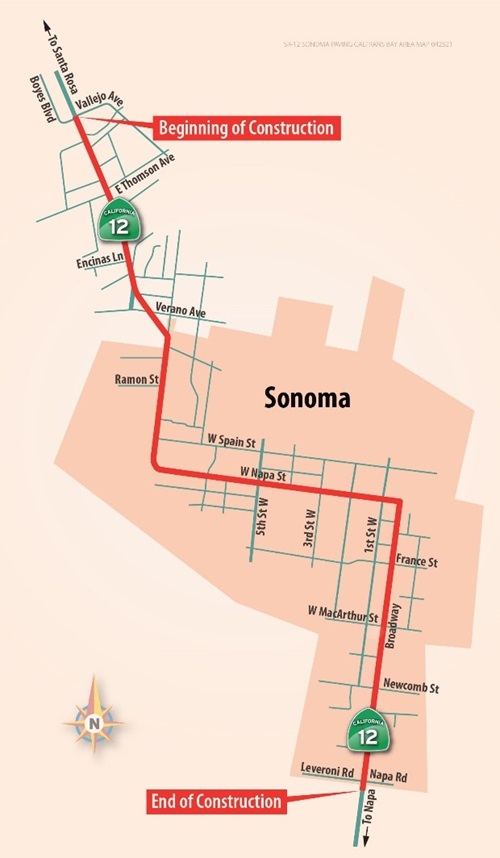 For more information and project updates go to: https://bit.ly/2RZUiCZ
For 24/7 traffic updates, go to 511.org: https://twitter.com/511SFBay You can also get real-time information on all State Highways in California on our Caltrans Quick Map: http://quickmap.dot.ca.gov/  Please be #WorkZoneAlert