The five-day closure allows workers to expedite the pavement rehabilitation, completing in five days what would take two months to finish during typical work windows.

The closure occurs within a highly trafficked area. Mission Street, South Van Ness Avenue, Otis, and 12th streets converge at the intersection. Transit, including MUNI and AC Transit buses, will be rerouted, and some bus stops will be relocated.

Motorists traveling to and from the Mission Street on/off ramps to Highway 101 (Central Freeway) will be impacted by the reduced capacity on nearby city streets.

Caltrans and the City of San Francisco advise motorists and pedestrians to take alternate routes that avoid city streets and freeway on/off ramps in the vicinity during the five-day closure.

Closures, detour routes and relocated bus stops will be well-marked. Motorists and pedestrians traveling in the area should expect delays. Electronic message

signs on I-80 and the Central Freeway have been activated to alert motorists of the closure.

The repaving of South Van Ness is one of the final phases of work on the Van Ness Improvement Project. 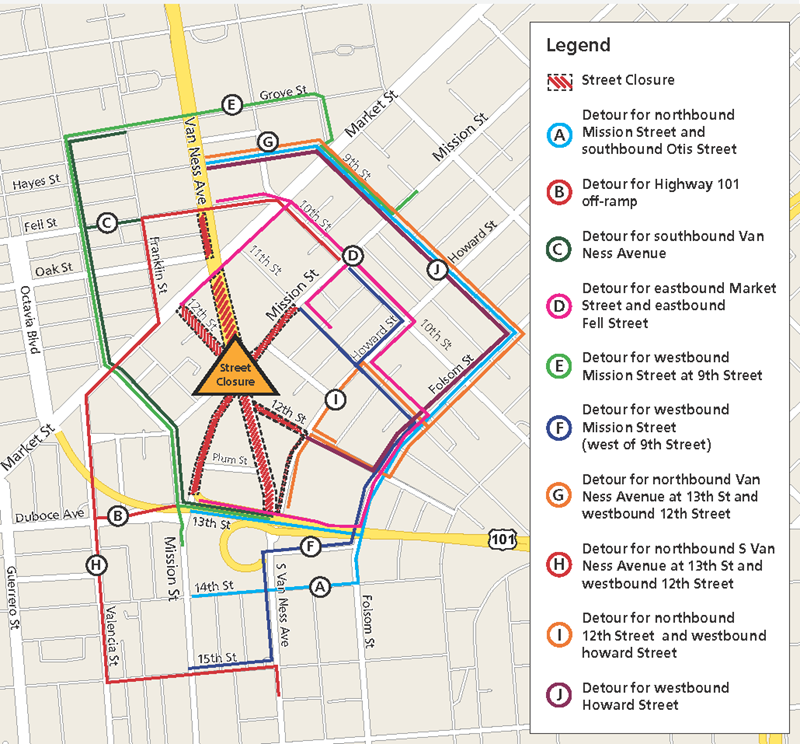