Marysville – Caltrans District 3 is once again soliciting valuable feedback from community members on proposed projects to improve travel on the State Route 70 and State Route 99 corridors between Butte and Sacramento counties.

Survey feedback from community members and local stakeholders gathered in September 2021 has assisted Caltrans in developing a list of 80 proposed highway improvement projects for the corridor such as new freeway interchanges, expanding park and ride capacity, designated bicycle lanes and pedestrian walkways, and additional highway lanes or turn lanes. Improvements are also proposed for State Route 149 between Chico and Oroville.

The proposed projects are aimed at reducing greenhouse gas emissions and improving livability in the community through operational improvements, technological advancements and increased multimodal options such as bike and pedestrian facilities, local and express bus routes and passenger rail.

Caltrans would appreciate public feedback on the list of corridor projects by February 15, 2022. Information on the plan and projects is now available for review at www.Hwy70-99CorridorPlan.com.

Comments or questions about the projects may be submitted to Caltrans Planning Manager Will Schilling at will.schilling@dot.ca.gov.

Caltrans District 3 is responsible for maintaining and operating 4,385 highway lane miles in 11 Sacramento Valley and Northern Sierra counties. Follow us on Twitter and on Facebook. Check out Caltrans' “QuickMap” for real-time road conditions at quickmap.dot.ca.gov/ or download the free QuickMap app at the App Store or Google Play. 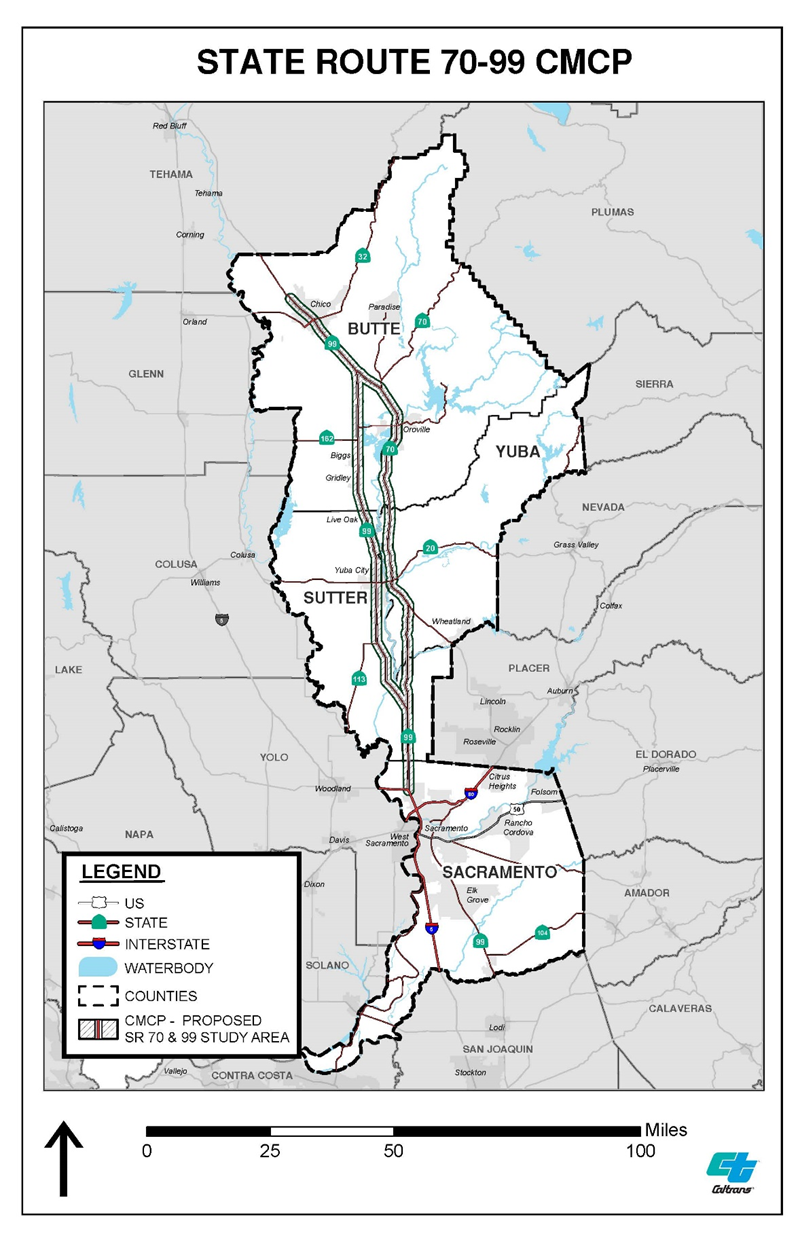