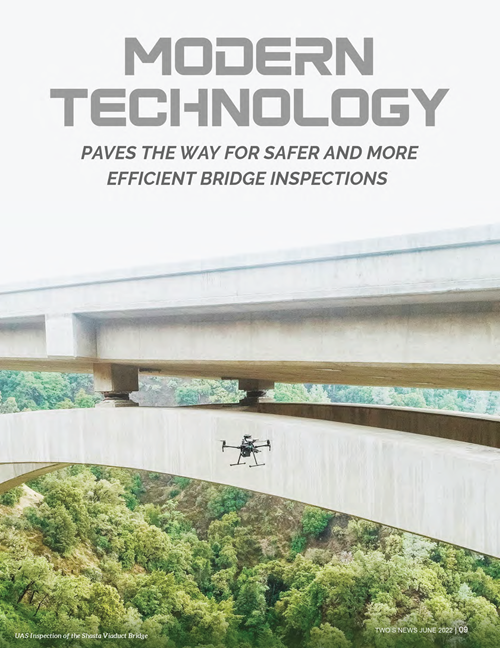 Under Bridge Inspection Trucks (UBIT’s) have been the most common tool used to gain access in difficult areas of bridges throughout California for many years. These trucks provide crews the ability to get underneath bridges to inspect areas that would otherwise be unreachable. But with more than 24,000 bridges to inspect in California, inspectors have been seeking more efficient ways to get the job done and with the introduction of piloted mechanical eyes in the sky, they found just that.

Catherine Tarala is one of the Area Bridge Maintenance Engineers for District 2. She is responsible for 214 state owned bridges in Trinity, Plumas, and Lassen Counties as well as some in Shasta County. She shares District 2 with two other Area Bridge Maintenance Engineers and together, they have a lot they’re responsible for including performing bridge inspections and making structure work repair recommendations.

With a requirement from the Federal Highway Administration that bridges are inspected every two years, it was clear that other tools used for inspecting these bridges needed to be considered in order to be more efficient. This is when Unmanned Aircraft Systems (AKA Drones) were added to the force, changing the way bridge inspections are performed.

Though the use of a UAS can be limited, due to several factors including weather, landscaping, and wildlife, these eyes in the sky have already proven their ability to be an effective tool and in some cases, it is as if the inspector was in the UBIT basket. Tarala has been introducing the use of UAS in her workload for the last couple years and she says when compared to inspections done with the UBIT, there’s not many differences. 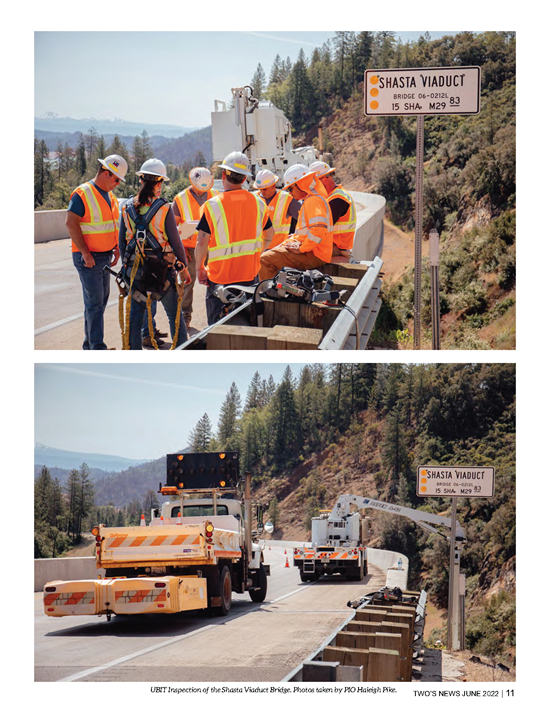 “These UAS have 4K high resolution cameras that capture superior images, so you can zoom in and look at things live while the UAS is in the air, which is somewhat the equivalent of being in a UBIT basket. The greatest benefit is that these images are stored and can be viewed at a later time if needed, something that is not possible while only using a UBIT. Furthermore, a UAS can take several thousand photos of a bridge in a short amount of time to create a 3D model. Structure Maintenance and Investigations is currently working on training Artificial Intelligence so that the computer can scan these models in order to aid the inspector in finding and quantifying visual defects.”

Other benefits to using a UAS is how much safer it makes the inspection, and it requires far less manpower. When setting up an inspection with the UBIT, it is often required that the local Bridge Crew is on scene to help with lane closures and then traffic is impacted. With a UAS, the pilot and inspector can stand in a safe area and operate the equipment without requiring extra manpower or impacting traffic.

While the use of UAS will never replace the ability to be able to get up and touch and inspect a damaged bridge, they are slowly becoming more common during inspections and are creating a safer and more efficient process for bridge inspectors.